The Environment Agency (EA) has been “chained to its desk” by funding cuts and the deregulatory efforts of successive governments, an Environmental Audit Committee inquiry into water quality in rivers has been told in an oral evidence session.

Guy Linley-Adams, a solicitor for the Salmon and Trout Conservation charity, was asked how the EA is managing its regulatory duties with regards to rivers. In reply he said that there is currently “enough legislation” to tackle pollution in rivers but that successive governments have not allowed the Environment Agency to get on with the job. “It’s been starved of funds and in many respects has been chained to its desk”.

He said that there have been “lots of plans drawn up: river basin management plans, diffuse water pollution plans, nitrate reduction plans, phosphate reduction plans. There’s no shortage of plans, but it’s the implementation and the enforcement against those polluters that’s been lacking and I’m afraid it’s getting worse”.

Linley-Adams said this was “not the fault of Environment Agency staff,” pointing instead to decades of deregulatory initiatives by successive governments starting in the early 2000s.

“All these have combined to put pressure on the Environment Agency to make sure that when it regulates, when it enforces, it does so in an extremely soft manner with business, rather than producing the penalties that are needed to change the pollution behaviour in the first place”, he said.

Dr Rob Collins, head of policy and science at the Rivers Trust, said he agreed with Linley-Adams, but added that there was a need for legislation on combined sewer outflows (CSOs).

He recognised that there was “a lack of implementation of legislation” where it and a “lack of enforcement”. We’ve seen something like a 50% decline in [EA] funding for enforcement activities, the agency undertakes something like 50% less water quality sampling as it used to. They really are under-resourced for this”.

Also speaking at the session, Dr Michelle Jackson, associate professor of freshwater/marine ecology, Somerville College at Oxford University, said that many big pollution incidents in rivers are now picked up by volunteer groups “because they monitor a lot more regularly than the Environment Agency”.

Steve Ormerod, professor of ecology/co-director of the Water Research Institute at Cardiff University, painted an alarming picture of microplastic pollution in UK rivers. The evidence available “indicates that microplastics are ubiquitous, they are everywhere we can look in the freshwater system.”

“Some data collected in the River Irwell system a few years ago illustrated that in some sections of the river, there were half a million fragments of plastic for every one square metre of riverbed. That is many, many times more than the number of insects, for example, that are so important in those same riverbed environments.

“Our own data collected in the South Wales river system, and we’ve no reason to believe this is not representative, show that every other insect already contains plastic. These are insects that feed in different ways, some of them filter from the water column, some of them graze from the surface of the bed and, no matter how the insects feed, a half of them already contain plastic. We know also that microplastics are being passed through food webs, so river birds like dippers, or trout or otters that feed on insects also contain plastic.”

Omerod highlighted data on urban rivers in South Wales, which he said showed that “chemicals like PCBs and flame retardants, and some organic chlorines, are present at concentrations that are still high enough to cause impairments to the development of nesting birds in the same catchments. The concentrations of flame retardants we find in the eggs of those birds are among the highest in songbirds anywhere in the world.”

Based on an article in The ENDS Report “theUK’s No 1 source of intelligence for environmental professionals.” 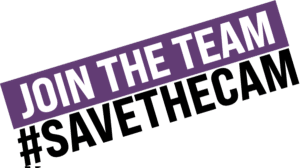