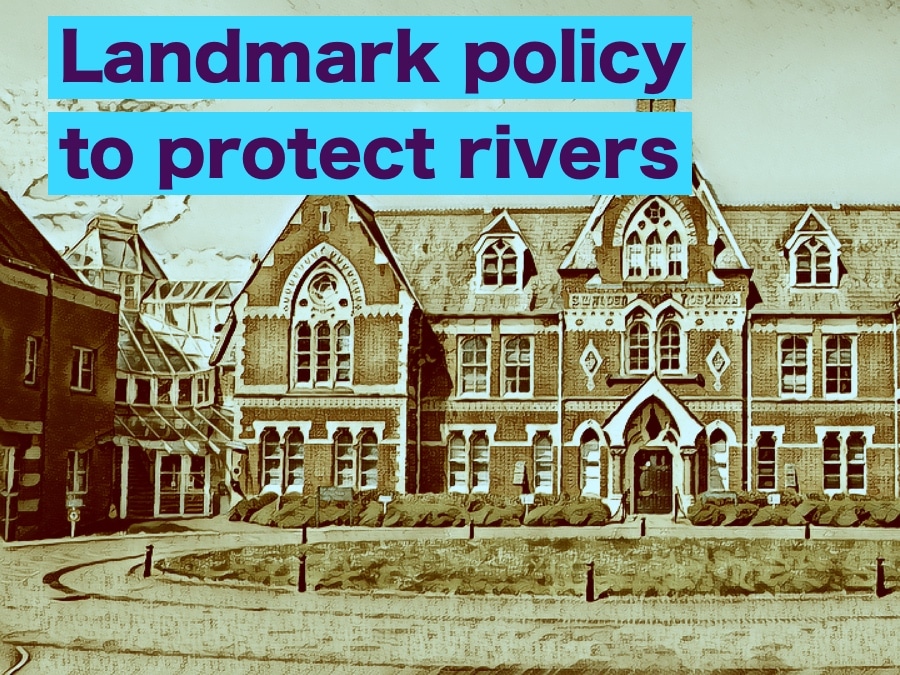 On 21st July 2020 UDC Councillors unanimously voted in favour of a cross-party motion to protect the rivers of Uttlesford for future generations.

When presenting the motion Cllr Richard Pavitt, deputy chair of the Climate Change & Ecology Working Group, said the underground Chalk aquifer feeding the district’s rivers is being over-exploited to supply housing development in Cambridgeshire and Uttlesford.  “As a consequence river levels are critically low and this will get worse as climate change reduces rainfall in a region that is already water stressed.”

The motion calls on the Environment Agency to take action to avoid the loss of important river habitats; and requires the Council to introduce policies to protect the district’s rivers and make new homes more water efficient.

Rivers in the north of Uttlesford, which rise from the Chalk aquifer, are designated Chalk streams – of which there are barely 200 in the world and most are in the south and east of England. The iconic river Cam has its source four miles south of Saffron Walden in an area of natural springs that is also the origin of the river Chelmer. The Stort, which has its source at Langley, is also classified a Chalk stream.

“Our Chalk streams are dying,” said Cllr Pavitt. “Some feeder streams have dried up completely and others are little more than storm drains. People tend to accept the low level of our rivers as normal but it is not. It is a direct consequence of over-abstraction of the aquifer to serve housing development.

Water rising from the chalk aquifer is rich in minerals and remains at a fairly constant temperature year-round. This nourishes biodiversity, but only if the rivers are allowed to flow properly. Lack of flow causes silting and narrowing, and pollutants from fields and roads are not diluted and washed away fast enough before they cause harm.

“During the summer, many of our rivers are dry at their source and only have a flow further downstream due to recycled outflow from sewage processing.

“Over-abstraction has resulted in long stretches of many Chalk streams being completely dry, notably in the Chilterns and Hertfordshire. We are in danger of the same happening in Uttlesford. Indeed the process has already started.”

In 2012 the Global Sustainability Institute at Anglia Ruskin University advised that the East of England would face severe water shortages stemming from a steadily increasing population and the growing impact of climate change.

Since 2012, some 18,000 houses have been built in Uttlesford, South Cambs and Cambridge City. For the most part they share the Chalk aquifer as their principle source of water. Government is proposing that 1 million homes should be built between Cambridge and Oxford.

This year Affinity Water, the supply company for Uttlesford, admitted that within the next five years there will not be enough water for its customers without bringing water from elsewhere, which the company plans to do longer term. However, said Cllr Pavitt “there is an impending crisis because it may be 20 years before a proper solution is in place. In the meantime we could lose important river habitats and households may be subject to constraints on water supply in dry periods.”

3 thoughts on “Cam is special – official!”